In today’s world, the hosting market is filled with options, so much so that it’s easy to get lost on the technical aspects, with the ever increasing competitive aspect of the hosting business, reading good and honest reviews about this services is paramount.

This is the first article in a series in which I’ll be reviewing well known hosting services. Today I’m going to show you what is Cloudways, how it works, how good is it, it’s drawbacks and the actual performance of the service. I’m also going to discuss the target audience and price.

Note: This article is an honest, in depth review of Cloudways WordPress cloud hosting service. Cloudways did provide us with a temporary account to throughly test their service, however all of the opinions and testing results shared in this review are our own.

Cloudways is a cloud hosting company that provide a centralized platform for managing external cloud services like DigitalOcean, VULTR, Amazon and Google Cloud, among others. In essence, Cloudways is more like a hub of services instead of an actual hosting company.

According to their wording, in Cloudways you can choose your provider, pick your core app and build your web app with full confidence.

Getting Started with Cloudways

Get Started with Cloudways As you can see, Cloudways let’s you do a 1-click virtual machine creation on the most popular cloud hosting companies, you simply select your provider, the server size, the location and then you’re good to go. Once the server is created you then have access to the apps configuration.

For this article I’m going to create 2 virtual machines, one in Digital Ocean and the other on Amazon Web Services. Once both machines are ready and active, we can proceed to create the webserver and app on top. Cloudways allows you to create a WordPress webserver app with ease, along with other commonly used apps. For this review I’m going to concentrate on WordPress, for obvious reasons.

It’s good to mention that Cloudways apps are created with optimizations in-place which means the app will create with an optimized profile for WordPress. For this article I’m going to skip WordPress optimizations to show you the real performance behind the service. As you can see, all the major aspects of the webserver can be tweaked with a nice and intuitive user interface. It’s good to know that you are not forced to tweak all this stuff for your site to work properly but it’s best if you know what you’re doing before proceeding on touching anything on this menu. This options are best suited for people who is trained in webserver administration, for the common folk, it’s best to leave all of this untouched.

The server allows you an easy enough vertical scaling with the cost of each step clearly printed. This is extremely useful for startups who want to expand on the fly. Cloudways comes with a nice backup feature that will allow you to create copies of your files in any time cycle you want. The main webserver stack comes with PHP-FPM preconfigured, Memcached, Apache as the actual webserver, nginx as a proxy and Varnish as the main caching mechanism, quite a complex webserver, all managed through the interface without you needing to meddle with the actual machine. Quite useful !

Having to install a certificate on your WordPress is not problem at all, you simply add the e-mail address and domain and install the certificate, this is handled through Let’s Encrypt for free but the system allows you to install your custom certificates in case you need it. Once the machine is working you can easily transfer, share, clone the server or even add a new app to it, this is all handled with an easy to access orange button on the bottom right corner of the interface. This can’t be any more easier ! If you, like me, already have your site up and running, Cloudways offers an easy way to import all your data without you having to touch a single line of code or do a single backup. This is handled through the Cloudways Backup Plugin for WordPress. You simply install the plugin on your WordPress site and then connect it to Cloudways. The BlogVault system will migrate your WordPress to Cloudways. A word of warning though, this is a slow process, if your site has tons of files, expect to wait for hours for this to finish, have patience.

Having your site up and running in Cloudways can be super fun, not only because the system allows you to tweak each and every aspect of the Virtual machine and app you’re going to use, but because the easy way in which everything is setup could potentially save you hours of headache. This is really good news for startups and developers who just don’t want to spent time working with files and webservers and want a centralized interface to deploy multiple servers that just works.

For the purpose of benchmarking Cloudways and every other service that will come, I decided to make a basic template site, not too hard on resources but enough to be able to measure performance. The original site is hosted on my own hosting platform in a dedicated server here, the benchmark site is called The Techie Blog and represents a typical website filled with pictures that you could built for one of your customers. This site combines tiny pictures with medium and big ones, from 2Kb all the way to 700 per asset. This is useful to test the ability of the webserver for providing mixed content. The site also loads several plugins and a framework, this also helps to determine the webserver speed in providing multiple javascripts. The testing site does not have any caching, minification nor image compression plugins built into it. This helps determine the true capabilities of the webserver.

As you can see from pingdom tools information, the site is served with nginx.

The result from Dallas for our first virtual machine is amazing, the website got an A rating without any caching mechanism (except Cloudways own webserver optimizations) and with a 1.44 seconds total load time for an almost 3 MB site.

Once we switch to San Jose location, which is closer to the origin, the results speaks for themselves, the virtual machine responds like a champion with a superb 493ms of total load time and a 92 speedgrade rating without any caching plugins inside WordPress, amazing.

Testing from Dallas location, the virtual machine provided by Cloudways from Amazon web services proved to be quite a contender with just 1.19s of total load time and a A91 rating.

Cloudways is an amazing service in every aspect. It not only does offer one of the best interfaces for central management I’ve ever seen.

It also just works. It allows you to easily create virtual machines and apps without having to mess with files and webservers and touch a single command in linux. But, at the same time, it’s so easily managed that allows you to go full admin and handle the server by the console or even a portable command line console accessible from the browser. The huge amount of options built into the service are just amazing.

Best of all, it allows you to select your hosting provider for each of your virtual machines and scale your project instantly. What more could you ask?

And What’s Not So Cool

For starters, Cloudways is fun to work with if you know what you’re doing. If you come from a Shared Hosting account and you’re only familiar with the cPanel frontend, there is going to be a learning curve with Cloudways. At least, you have to understand the concept of a webserver and have basic knowledge on how it operates to be able to take full advantage of it. It’s also true that most options are preset with optimized values and you may not need to tweak anything for your site to work properly, but in case you need to deal with it, be it databases or php limits, it’s best if you come into Cloudways with some basic knowledge. While Cloudways will work perfectly fine for novices, we feel there may be better alternatives for that kind of audience.

The other not so cool thing about Cloudways is it’s price. The nice interface, amazing capabilities and easy integration with all major cloud providers comes at an added cost. For example, hosting the same VM that cost you $10 in DigitalOcean, will cost you $17 on Cloudways. That up-charge is for the user interface. And while Cloudways certainly can be affordable, it’s not the lowest cost option by any means.

And from the moment you scale your server to more than just 2GB of RAM you’re gonna end up paying more than an actual dedicated server with more RAM and CPU in it. The storage is not cheap either. For smaller sites it’s fine but for sites like big magazines that takes from 30 to 55GB of space, Cloudways will be expensive.

Cloudways is a wonderful service oriented towards startups, agencies, small developers and blog owners who want a centralized system to handle all their websites. The interface is one of the best I’ve seen and the way the system works and the amount of options it has is simply astonishing. From barely tweaking a thing to tweak just about everything, the vast majority is accessible through the interface, saving you tons of hours of work. The only actual drawback of Cloudways is in it’s price. Scaling machines beyond standard values is expensive and the truth is that any cheap dedicated webserver will cost less and offer more, hardware wise.

With Cloudways you’re paying the interface, the centralized system, the easy access to all your stuff and a centralized platform to handle multiple providers and if that’s what you’re looking for, Cloudways may be your best option, just remember that scaling will cost you and be prepared to deal with it in case you need it. Truth is, even costly, the service is worth every penny and it’s a wonderful option for medium to advanced users.

Get Started with Cloudways

We’d love to know if any of our readers have tried Cloudways and to hear your thoughts. What do you think of Cloudways? Have you tried their cloud server options? 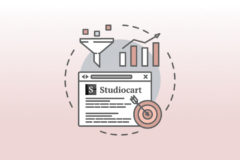